Cut Ties With The FOP 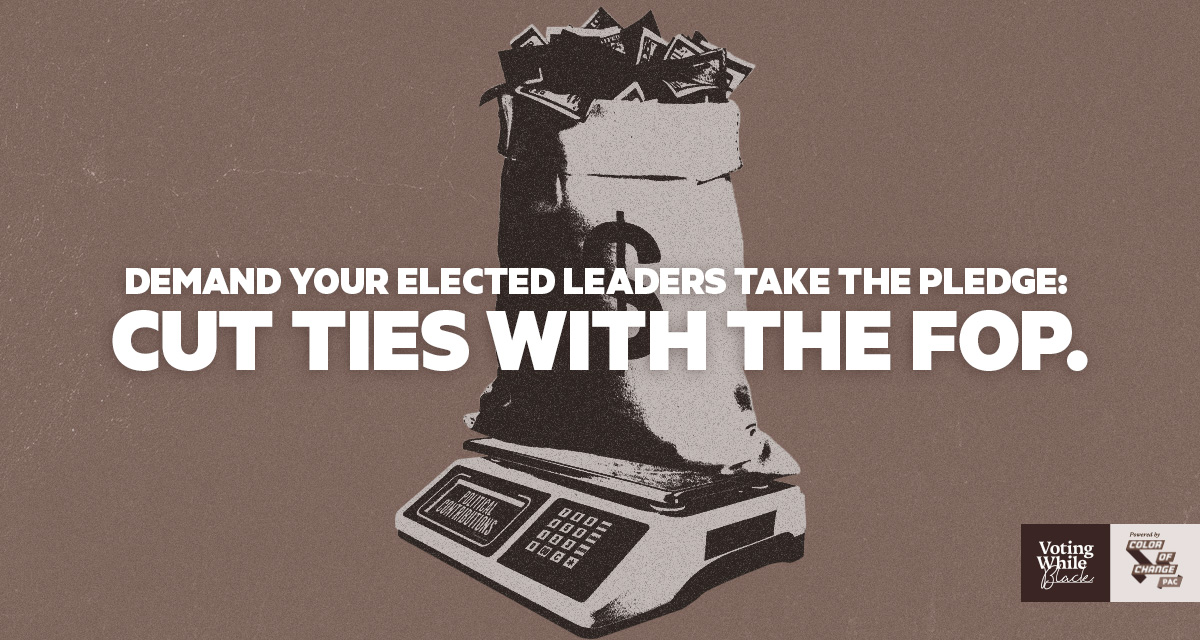 The Fraternal Order of the Police is the deadliest frat in the world.

Ahmaud Arbery, Breonna Taylor, and George Floyd’s murders sparked righteous outrage across the United States and the world, with millions of people taking the streets to protest the unjust treatment of Black people at the hands of the police. While the majority of the country, including non-governmental leaders and politicians of all party affiliations, have denounced these murders, there’s one outlier: police unions.

In the wake of George Floyd’s murder, the Minneapolis Police Chief Bob Kroll penned a letter to his fellow officers calling George Floyd a “violent criminal,” and called the people protesting his unjust killing “terrorists.” While many would find Kroll’s comments to be deplorable and inflammatory, he isn’t the only police union head to spew such rhetoric following the murder of an innocent Black person.

When the officer who killed Laquan McDonald was convicted of murder, Chicago’s police union slammed the trial process as unfair. When Philando Castile was murdered by police in Minneapolis, the union president jumped to the officer’s defense with attempts to discredit accusations of racism. When 12-year-old Tamir Rice was shot dead in Cleveland, cops appealed the removal of the officer responsible. And even now, in this moment of national revolt against police brutality, we’re seeing these groups double down on their racist excuses for unforgivable violence. The Minneapolis police union has continued to throw its support behind violent, troublesome officers in defending George Floyd’s murderer. One of New York’s police-only unions recently doxxed — released identifying and personal information to the public — the mayor’s daughter, who is Black, after she was arrested during a protest.

Police unions create one of the biggest barriers to our progress towards officer accountability and policy change. These institutions keep the tradition of police brutality alive and pledge blind loyalty to police officers -- even the most violent among them -- and make powerful political allies of the elected prosecutors who are intended to hold them to account. For decades, police union leaders have used their power and influence over the law enforcement community to preserve a rigged system rather than embrace fair, safe, common-sense solutions.

We know that the Black community, when organized, is a powerful force for political and social change -- and we’re paying attention. We are taking note of which elected officials have chosen to accept contributions and make themselves beholden to these unions, and against the interests of our community. The time has come for these officials to make a choice: you are either with the people, or you are in support of systemic police violence and mass incarceration.

We call on elected leaders across the nation to return and refuse political donations from police unions and the Fraternal Order of Police that have excused, defended and encouraged police violence for decades.

Here is the petition:

Dear Elected Offical,
I am writing to you as a concerned constituent who stands against police brutality and white supremacy. I am urging you to stand on the right side of history: refuse to take any political donations from police unions or sheriff associations and donate any contributions you have taken in the last year to Black-led community-strengthening initiatives.
The continued violence against Black, Brown, and Native communities at the hands of ‘law enforcement’ is disgraceful. Police unions are in the business of defending the most consistent murderers and abusers of the Black community, creating obstructions to justice for the families and loved ones.
Stand with your community today.
{Your name}