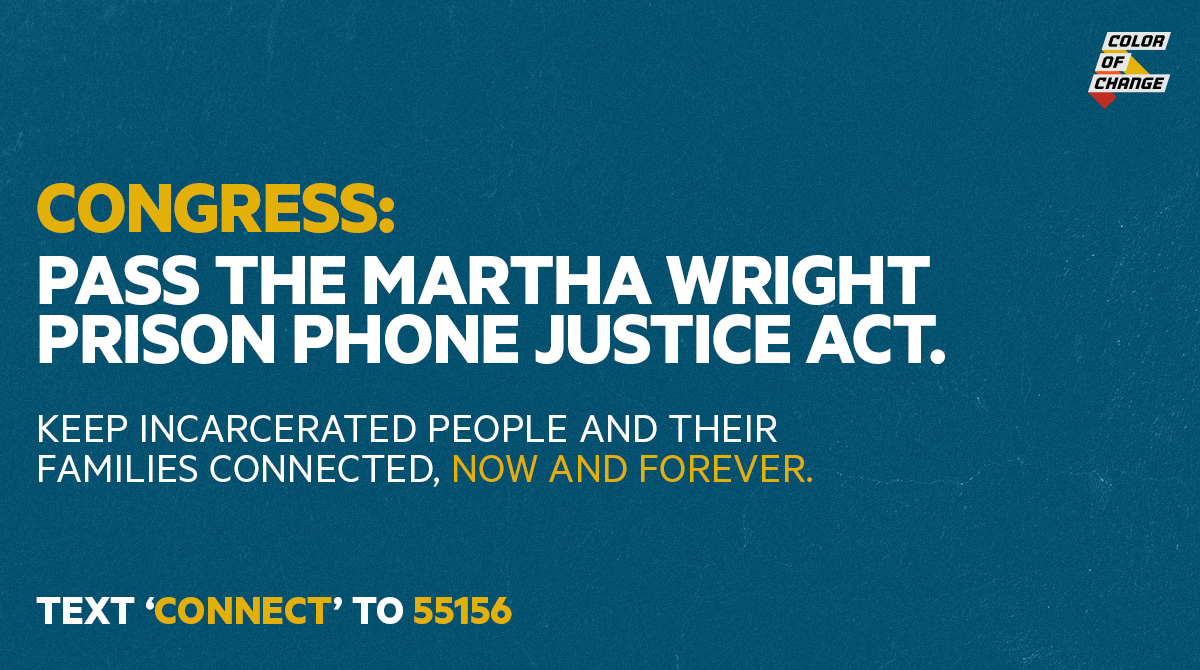 As prisons and jails ban in-person visits to stop the spread of infection, the only way that families can stay in touch with their incarcerated loved ones is through phone or video calls. But prison telecom corporations are charging families with incarcerated loved ones up to $25 for a 15-minute phone call. Many families simply can’t afford these sky-high rates and in the age of COVID-19, this is all the more apparent.

The corporations preying upon these families make up a $1.2 billion industry. Securus, one of the largest providers, makes nearly $700 million a year price gouging families but has only offered families a few free calls a week during this crisis. This forces families to ration calls at a time when regular and consistent communication is critical.

Former Federal Communications Commission (FCC) Commissioner Mignon Clyburn spent her career at the agency fighting to fix this injustice and even implemented a rule that would have capped the cost of prison phone calls to and from jails, prisons and detention centers. Trump’s FCC chairman, Ajit Pai, refused to defend an important part of the rule in court, abandoning incarcerated people and their families to the greed of the prison phone companies.

But there’s hope. The COVID-19 Compassion and Martha Wright Prison Phone Justice Act passed in the House of Representatives. The Act will bring phone justice for millions of families. The Act would clarify that the FCC has the legal authority to stop the predatory behaviors of prison phone corporations, opening the door for millions of families to connect. Rep. Bobby Rush’s bill would immediately drive down rates to 4 to 5 cents per minute if passed.

Tell your senators to do their part to support the COVID-19 Compassion and Martha Wright Prison Phone Justice Act in the Senate. Your voice is crucial in the fight to keep families connected.

I am calling on you to pass The COVID-19 Compassion and Martha Wright Prison Phone Justice Act in the next relief package. This act would restore the FCC’s authority to stop prison phone corporations from charging incarcerated people and their families exorbitant fees. Families are struggling to stay in contact right now, and they need it more than ever. You can lessen the financial burden that's already crushing vulnerable communities.

Prison phone corporations have charged exorbitant rates for way too long. We’re calling on you to stand up for vulnerable communities by supporting the act, which would allow the FCC to outlaw predatory rates and pave the way to more affordable phone calls from prisons, jails, and detention centers. Incarcerated people and their families need relief during this crisis and beyond, do not forget them!