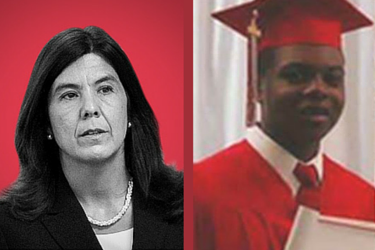 Officials, including State's Attorney Anita Alvarez, have known about Laquan’s murder for over a year now, and there is evidence that they were trying to cover it up. It's unacceptable, and part of a much larger crisis of anti-Black police violence and police impunity in Chicago. Officer Van Dyke is the first police officer in 30 years to face criminal charges for on-duty shooting.

Chicago deserves better. Join us in demanding that State's Attorney Anita Alvarez resign and request a special prosecutor to take over the police killing of Laquan McDonald.

This is the letter we'll send to Cook County State's Attorney Anita Alvarez. Feel free to add a personal comment in the space provided.

I am writing to request that you resign from your position as Cook County State's Attorney.

Although you recently charged Officer Jason Van Dyke with 1st-degree-murder for the brutal killing of Laquan McDonald, you failed to do so for an entire year after receiving information on the killing. Unfortunately, this type of delay and negligence is nothing new. Chicago police kill more Black people than law enforcement in almost every other city, yet Officer Van Dyke is the first police officer in 30 years to face criminal charges for an on-duty shooting.

I urge you to show the necessary leadership for Laquan and Chicago's Black residents to have the fair and just courtroom they deserve. Please resign immediately.