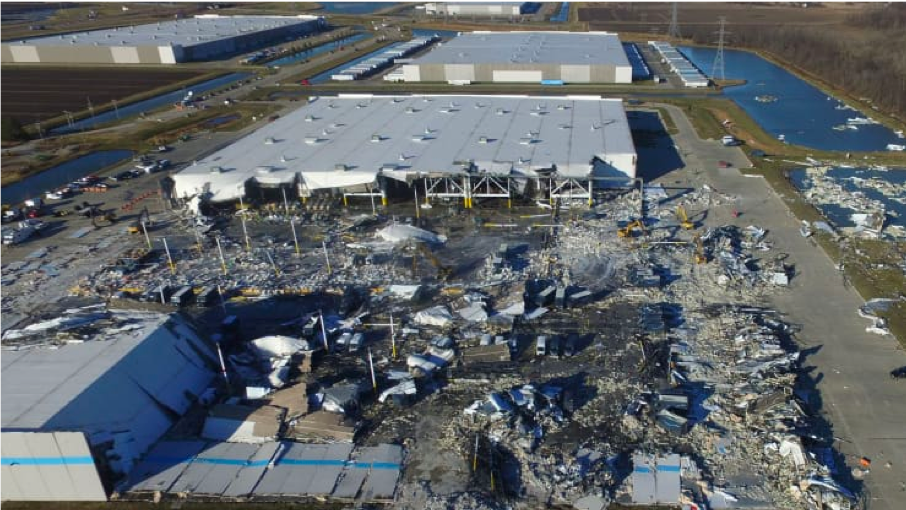 Amazon puts profits over people. Six workers were killed when Amazon failed to prioritize workers’ safety in the tornado that hit its Edwardsville, Illinois warehouse. Rather than allowing workers to shelter at home, Amazon penalized workers who could not make their shifts due to the tornado and prohibited workers in the warehouse from having their cell phones on them, preventing them from receiving what could have been live saving alerts about the incoming tornado. In the aftermath, Amazon forced workers from the other warehouses at the site to show up to work the next day, even as rescue teams continued to search for survivors in the rubble.

We cannot wait on labor regulations to be passed to protect Amazon laborers and helpers—workers we know are disproportionately Black people and people of color—from climate change disasters like this tornado.

Amazon has more than enough means to protect its workers. Demand Amazon implement safety protections for its workers! Black workers’ lives depend on it.

We are disgusted by Amazon’s disregard for its workers’ lives. Six workers were killed when Amazon failed to prioritize workers’ safety in the tornado that hit its Edwardsville, Illinois warehouse. This tragedy could have been prevented if Amazon allowed workers to shelter at home.

Due to climate change, there will be more destructive weather disasters, like this tornado. In order to protect Amazon laborers and helpers—who are majority Black people and people of color—from future disasters, we demand Amazon immediately: (1) cancels worker shifts when there are natural disaster alerts, (2) allows workers to have their phones for emergencies during shifts, (3) reverses penalizations for employees who could not work due to the tornado, and (4) adds tornado sirens inside Amazon warehouses located in tornado-prone areas. Amazon needs to put people over profits—Black workers’ lives depend on it.