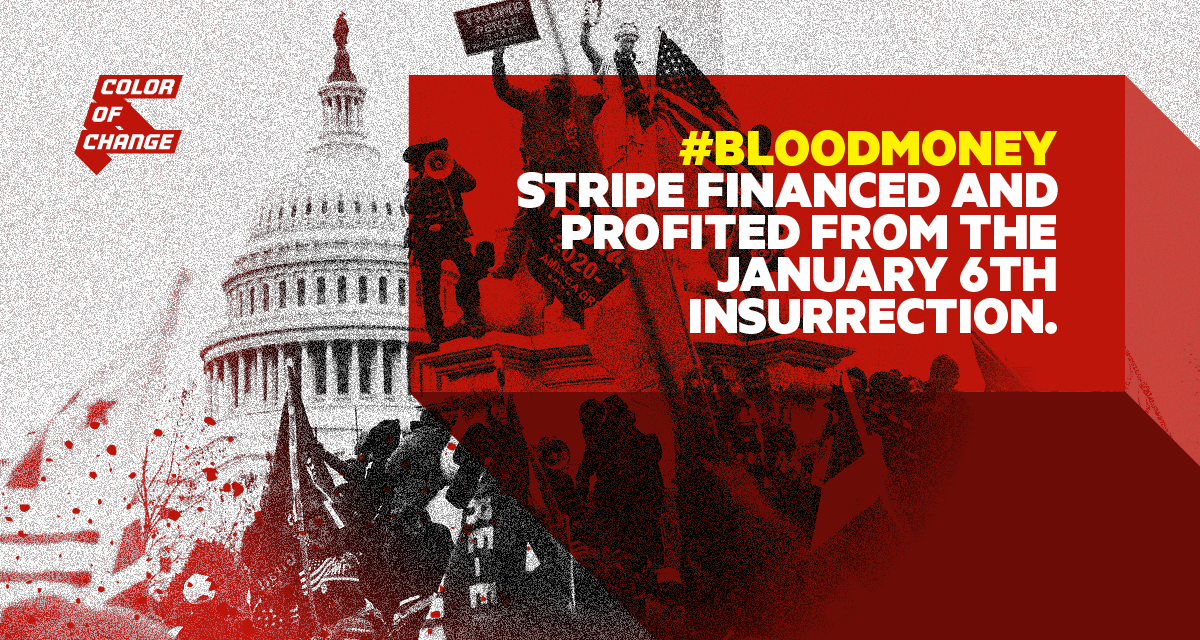 Update #1: As of Thursday, January 7th, GiveSendGo has removed WePay from their Terms of Service and we have confirmed with Chase that they are not processing payments.

Update #2: As of Friday, January 15th, Stripe has stopped processing payments to any persons affiliated with the Proud Boys. Still, however, Stripe refuses to sever ties with GiveSendGo, the crowdfunding site used by white supremacists to fund white domestic terrorist attacks.

On January 6th, the Proud Boys stormed the United States Capitol building with clear intentions of intimidating D.C. residents, starting conflict to advance their racist agenda, and lethally threatening anyone that stood in their way. Once again, Stripe has financed, mobilized, and even profited from these acts of white domestic terrorism.

Within hours of Enrique Tarrio’s arrest, GiveSendGo began using Stripe to process donations for his legal defense and related white nationalist causes—such as medical assistance for any Proud Boys injured while assaulting protestors and travel expenses for those seeking to attend the “Stop the Steal” event or other white nationalist rallies. GiveSendGo has raised nearly $300,000 for the Proud Boys.

Below is the letter we will send to the executives of this online platform:

As one of the world’s most widely used online payment processing services, Stripe has the power and ethical responsibility to shut down cash flow to white supremacists. Black lives depend on it, and your stated commitments to stop profiting from white nationalist hatred and violence command it.