Sign Now: Demand our Right to Protest is Protected | ColorOfChange.org

Sign Now: Demand our Right to Protest is Protected

Sign Now: Demand our Right to Protest is Protected 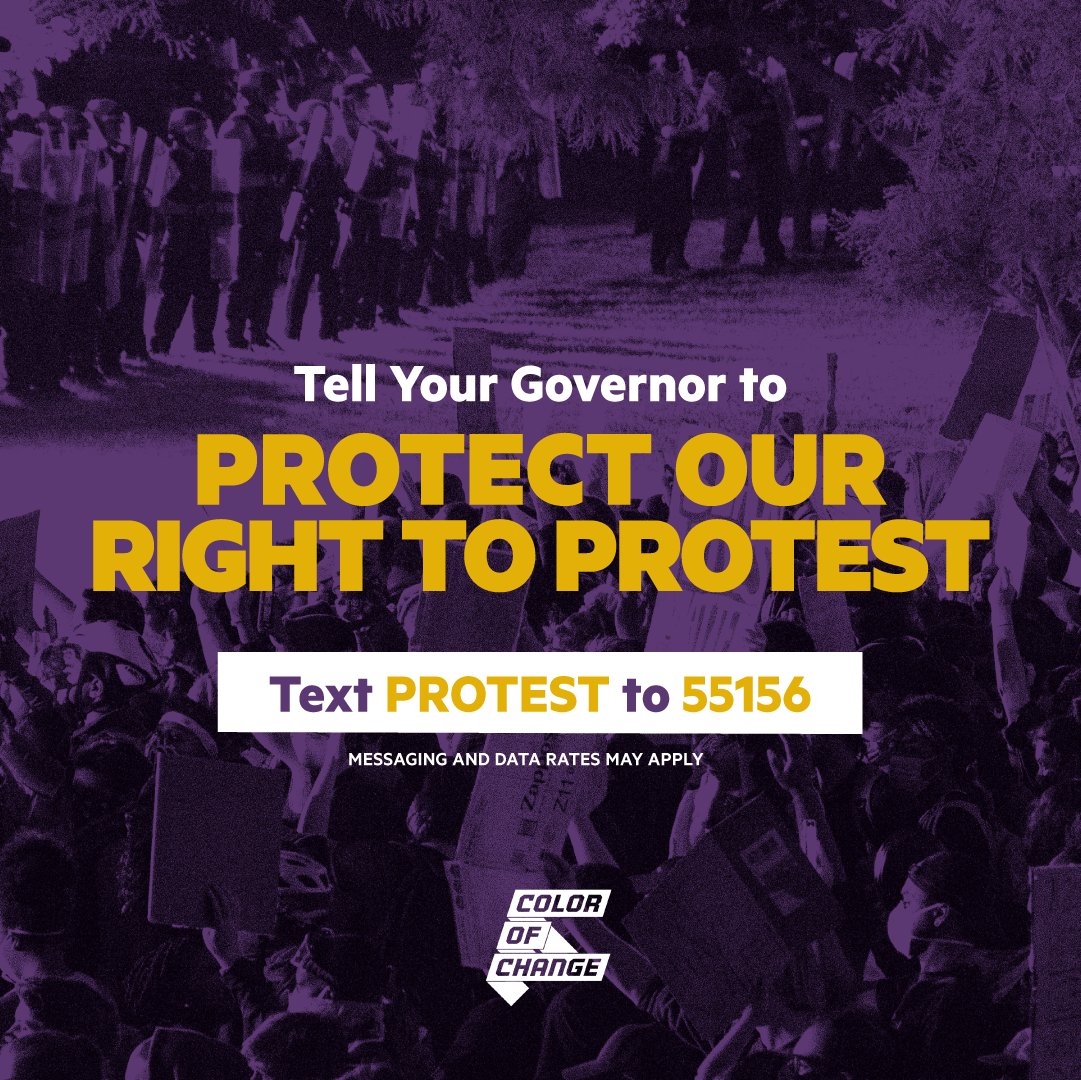 Last summer, we saw the strength of our people power.

Our persistent, loud and clear voices, our presence in the streets despite the global pandemic, and organizing efforts across the country were instrumental in obtaining a modicum of accountability for George Floyd.

But as the nation reacts to the guilty verdict in the Derek Chauvin trial, 34 states are introducing 81 new punitive anti-protest bills to strike down the very people power that got us here.

They’re trying to take away our right to protest injustice, while granting impunity to counter protesters who harm us. Take a look:

What we’ve learned over the past year is that police and prosecutors don’t need more tools to abuse our constitutional rights. But, that’s exactly what these laws would give them.

These bills are a direct reaction to our people power. They saw us take to the streets, take care of each other, grow our community, and demand accountability.

And we won’t be stopped now. Add your name to our petition demanding state governors to protect our right to protest today.

Below is the letter we’ll send to each of the 34 governors in states that have proposed and/or passed anti-protest laws:

Last summer your constituents showed up in historic numbers for the safety of Black lives, their communities, and racial justice in the wake of yet another police killing of a Black person.

Their persistent, loud and clear voices, and organizing efforts across the country were instrumental in obtaining a modicum of accountability for George Floyd.

Protests were overwhelmingly peaceful - with protestors handing out water, food, PPE, and taking care of each other. In fact, it was often the police and counter protesters who were the instigators of any violence.

Yet 34 states are introducing, and in several cases have passed, 81 new punitive anti-protest bills to strike down the very people power that got us here. Some bills would even grant impunity to counter protesters who strike or injure us with their cars.

We are being punished for our collective action against white supremacy and efforts to end the police terror of Black communities.

We are asking that you stand up for our Constitutional right to protest injustice, and strike down these anti-protest laws today.