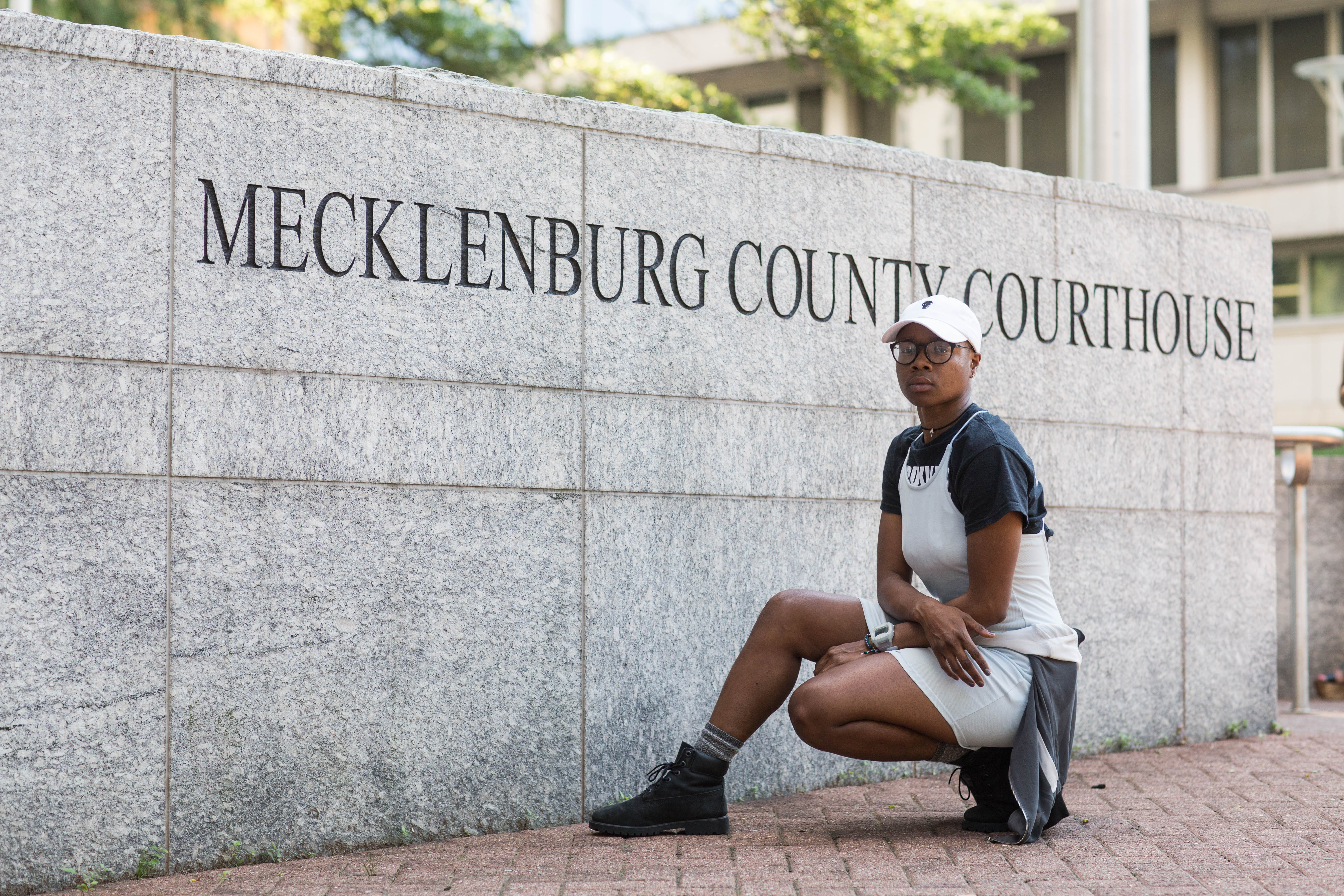 My name is Glo Merriweather and in September of 2016 I participated in the Charlotte Uprising-a protest organized in response to the police murder of Keith Lamont Scott. On the second night of the uprising I witnessed the killing of fellow protester, 26 year-old Justin Carr, by CMPD.
Within days of me sharing news to the world that CMPD murdered Justin Carr, $20,000 in felony warrants were put out for my arrest. I am being charged with felony inciting to riot and misdemeanor assault on a government officer. These are completely trumped up charges fabricated by law enforcement to discourage me from telling the truth.
I need your support in demanding that all of my charges be immediately dropped by DA Merriweather.
My experience is a part of a larger and more frightening issue with the criminal justice system. Protesters and activists are finding themselves profiled and targeted for speaking out against the true conditions of our nation. If found “guilty,” the District Attorney’s office would be sending a loud and clear message to all Black people in Charlotte--prosecutors will never hold the police accountable when they murder Black people. And, if you speak out about these injustices, you can and will be prosecuted.
I am not the only protester facing trumped up charges. Rayquan Borum, the protester being framed by CMPD for Justin Carr’s murder, has been in jail since September 2016, with no option of bail. His trial date has been set for December 3, 2018. He will have sat in jail for two years, with no trial, before his case is even heard. Our cases are uniquely connected because I witnessed the Charlotte police commit the very murder he is behind bars for. Borum is innocent, and has maintained his innocence the entire time he’s been held in prison.
What is happening to myself and Rayquan Borum are not mere coincidences. We are being targeted and framed by the Charlotte Police and the District Attorney. We are being used to send a message to deter protesters, specifically Black protestors.
We need your support--tell DA Merriweather to immediately free Rayquan and drop my charges!