ACTION NEEDED: 4,500 people are at risk of being sent back to prison | ColorOfChange.org 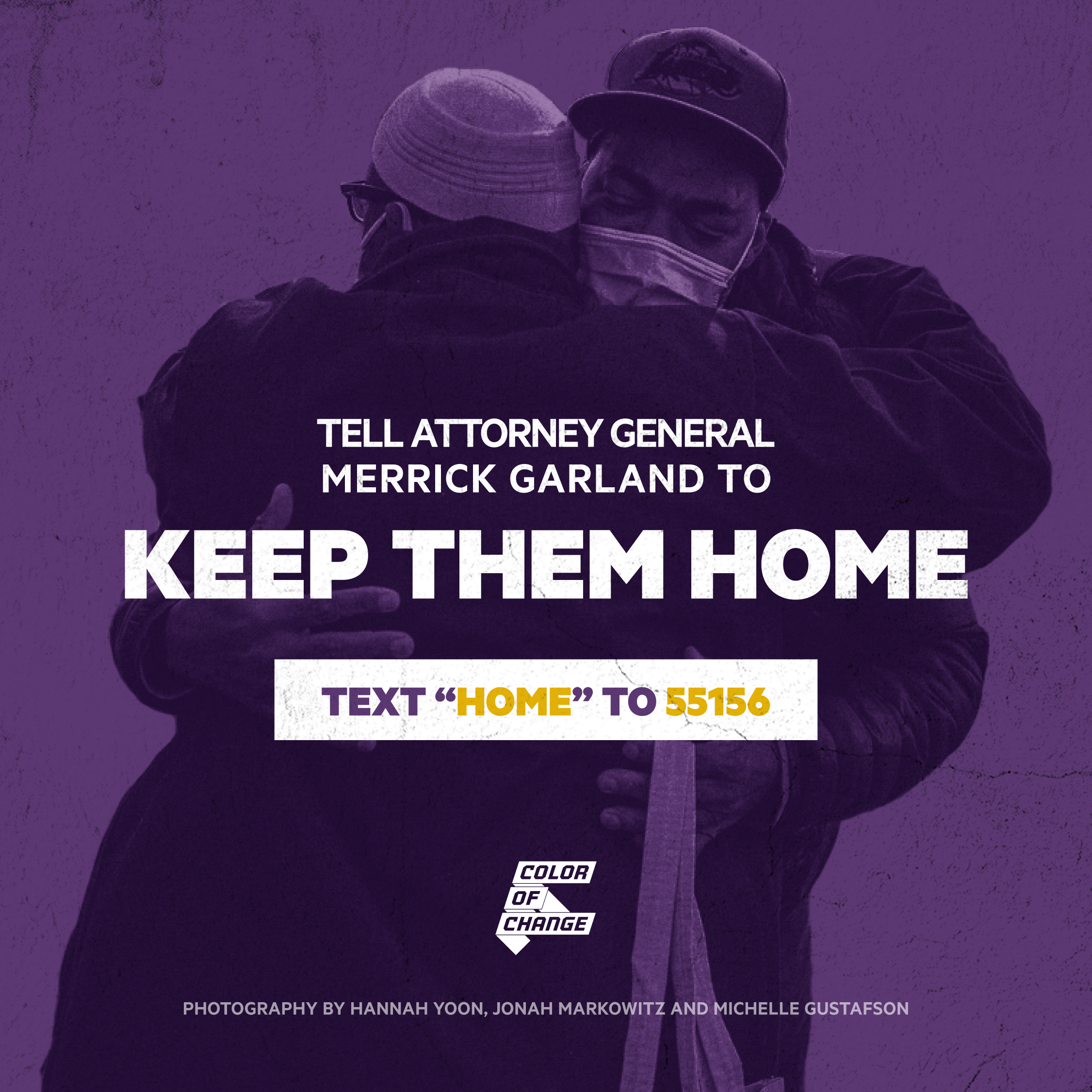 Thousands of people who were released from prison during the pandemic, and have been safely reconnecting with their families and friends, are now at threat of being re-incarcerated.

These are real people - mothers, fathers, grandparents, children, community members - who have been spending their home confinement supporting loved ones financially and emotionally.

And unless Attorney General Merrick Garland rescinds a Trump-era memo stating that they need to return to prison after the pandemic is declared over, they will be once again ripped from their homes.

Join us in demanding that we keep 4,500 people home and with their families, and stop the life-threatening return of loved ones to federal prisons.

Below is the letter we'll send to President Biden and Attorney General Merrick Garland:

We are asking that President Biden grant clemency for the 4,500 elders who were released from prison on home confinement last year due to the increased threat of the pandemic in prisons.

We are also asking the Department of Justice to rescind the January 2021 legal memo, issued by the previous Administration, stating that people who were released from prison on home confinement during the pandemic would be returned to prison after the health emergency is declared over.

Unless the Administration intervenes, 4,500 people who have been reconnecting with family and reestablishing community ties, as evidenced by the 99% success rate, will be ripped from their homes and sent back to prison.

Any circumstance where people are sent back to prisons is in direct contradiction to the Biden Administration's public promise to invest in ending mass incarceration. And if measures aren't taken to keep 4,500 people at home and out of prison, this administration will be presiding over the fastest expansion of the federal prison population in history.

Prison facilities have never been sanitary or humane spaces for people to live. And the pandemic has only worsened these conditions. People will always have a better chance at staying safe and healthy when they are at home with their communities. And it is inhumane to force people, a disproportionate number of whom are Black, to go back to prison.

We urge you to keep people home by granting clemency for those on home confinement and rescinding the Trump-era legal memo today!