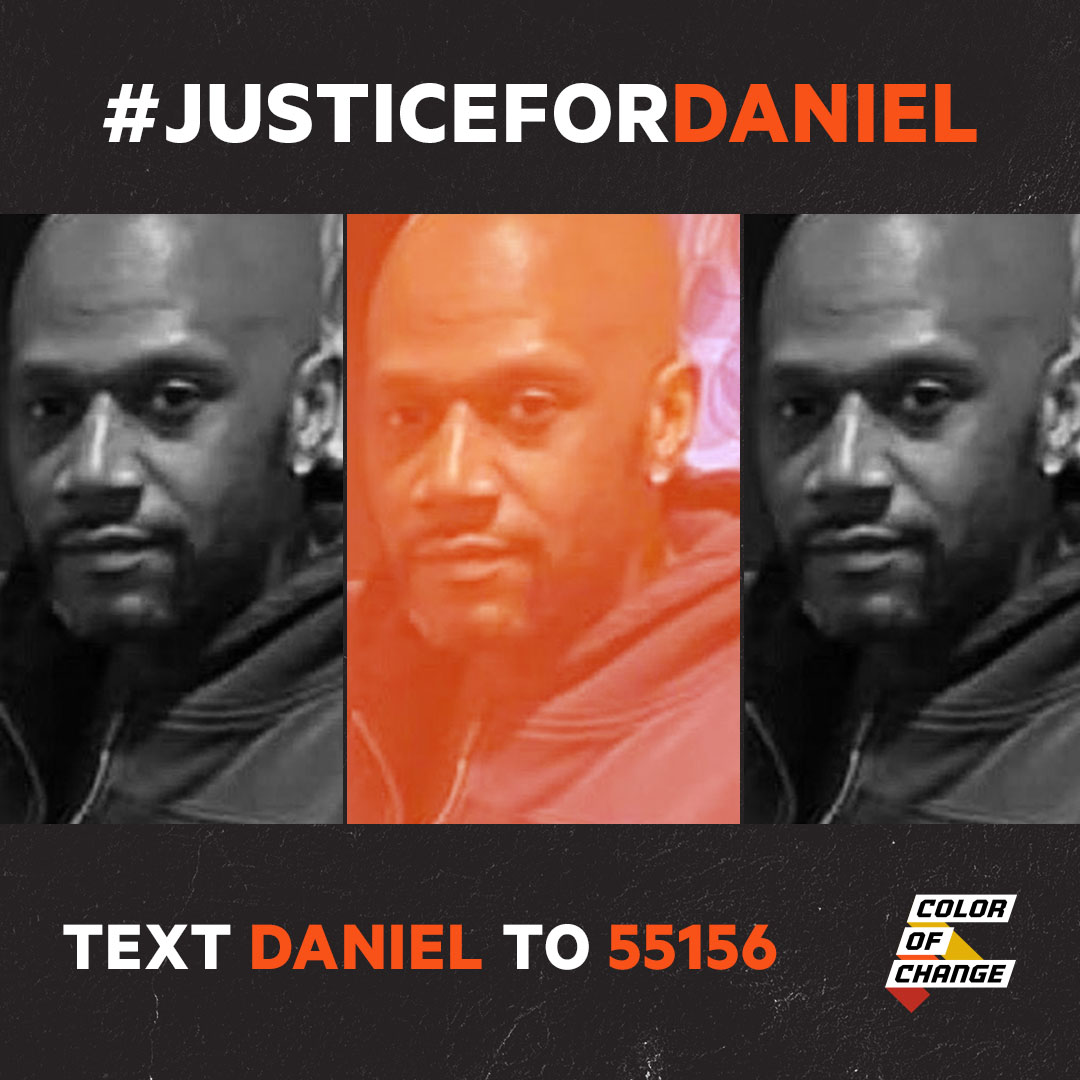 Free The People ROC and Citizen Action NY have released the following demands for the Rochester Mayor and City Council:

Rochester's police chief and deputy police chief have announced their resignations, citing continued outrage over the death of Daniel Prude. Yet none of the cops who murdered Daniel Prude on video have been charged, and nothing has been done to make sure what happened to him never happens again. We have to keep fighting.

Daniel Prude needed care and should be alive. Instead, newly released bodycam footage shows his brutal murder at the hands of Rochester Police.

Here's what we know:

On March 22, Daniel Prude arrived in Rochester, New York to visit his brother. When Daniel began acting strangely and threatened to harm himself, his brother, Joe, called the police for help. Daniel was taken to the hospital and released hours later — and in the early morning hours of March 23, Daniel bolted out the back door and into the cold, snowy street.

Joe called the police again. He explained that Daniel was experiencing a mental health crisis, that he was naked in the street, and that his brother was only a danger to himself. Joe begged the responding police officers not to kill his brother. They didn't listen.

Body camera footage released by Daniel's family and Free The People Roc shows Officer Mark Vaughn threatening Daniel with a taser and telling him to get on the ground with his hands behind his back. Prude immediately complies and is handcuffed without incident. At least five Rochester police officers stand over Prude, who is lying on the cold, wet ground with his hands bound.

The footage shows Daniel — who is clearly experiencing a mental health crisis — complying with the police. That didn't save him. Instead of helping him or calming him down, police officers mocked Daniel. And what the bodycam shows next is nothing short of a public lynching.

Officer Vaughn pulls a "spit hood" out of his pocket and puts it over Daniel's head. Then, Vaughn pushes his face into the ground and another officer, Troy Taladay, kneels on Daniel's back. He repeatedly asks the officers to get off of him.

The police officers don't listen. They knelt on his back and pushed his face to the ground for so long that he stopped breathing — just like how officers in Minneapolis murdered George Floyd in the street.

By the time emergency medical technicians arrive in an ambulance, Daniel Prude had stopped moving. The EMTs perform CPR, and the officers uncuff Prude and get him onto a gurney. At this point, Daniel Prude is brain dead from oxygen deprivation. His family decided to take him off life support one week later. And although Daniel's death was ruled a homicide by asphyxia due to "physical restraint," not one Rochester police officer responsible for Prude’s murder has been punished or fired.

Daniel needed care — not handcuffs, not shame, and definitely not a public execution. The police officers didn’t offer Daniel a blanket or help him get off the ground. They didn’t ask if he was cold or what was wrong. They didn’t try to calm Daniel down until trained medical responders arrived on the scene. They offered Daniel Prude no compassion, or even humane treatment. Instead, they mocked him and murdered him in the street.

But what we do know — and what the police shooting of Jacob Blake and the brutal, videotaped murders of George Floyd and Daniel Prude make crystal clear — is that police are NOT equipped to keep Black, Brown, and Indigenous people safe.

Daniel Prude was at the lowest point in his life. The last people who should be responding to a mental health crisis are racist police officers with guns and tasers. We must do everything in our power to ensure that what happened to Daniel Prude never happens to anyone in this country again.

To break this cycle of violence, we also demand that the city of Rochester change its procedures around mental health crisis calls: Trained medical and mental health professionals — not cops — should respond to medical calls.

Daniel Prude deserved care. Instead, he was murdered by police.

Stand with us to demand that the officers who brutally murdered Daniel Prude are charged and arrested. Add your name to demand that Rochester requires trained medical and mental health professionals as first responders to medical calls.

Below is the letter we will send to Rochester city officials and NY Attorney General James:

I'm standing with Color Of Change, Citizen Action NY, and Free The People ROC to demand justice for Daniel Prude. The time for bold leadership is now, and these policy changes are an important first step to re-imagining public safety in Rochester:

Rochester is in desperate need of meaningful action and visionary leadership that meets the gravity of this moment. Resignations and suspensions aren't enough. What happened to Daniel Prude should never happen to anyone else again.

Changing how the city responds to mental health calls, creating a Department of Public Safety, banning the use of spit hoods and chemical weapons by the RPD, and prohibiting the use of mourning bands to obscure police officers’ names and badge numbers are important first steps.