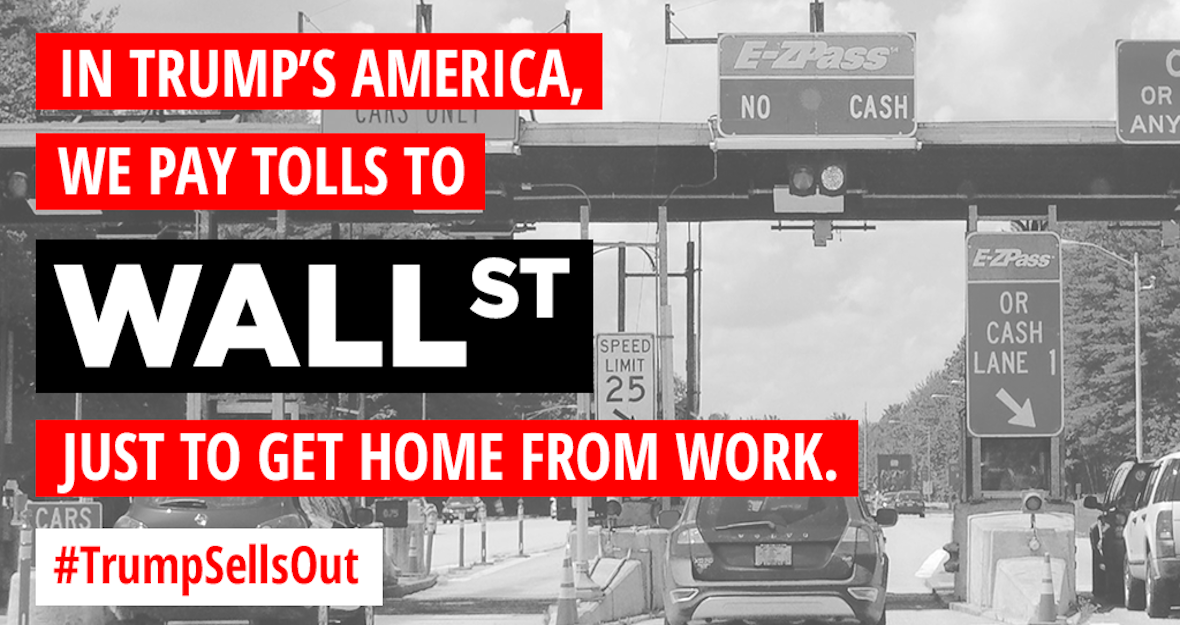 Donald Trump plans to make vulnerable communities open to exploitation by his corporate friends. Under Trump's infrastructure plan our existing public infrastructure - roads, bridges, hospitals, and even our air traffic control towers - will be sold off to Wall Street for pennies on the dollar, allowing them to install new tolls and fees that jack up prices that many individuals and families simply cannot afford.

Trump says that the plan will be a $1.5 trillion investment in crumbling infrastructure but that's a lie. The federal government will make states and cities fight over $200 billion - funding that will come from drastic cuts to highway renovation and transit projects., which means a $1.3 trillion tax increase on those who can least afford it. Poor cities with high Black populations will be at the mercy of private developers who will institute severe changes that increase rent and housing costs and end up pushing Black people out of their communities.

It’s time to put the pressure on Congress and tell them to reject Trump’s trillion dollar Infrastructure Scam.

Trump's infrastructure plan will do nothing to help the most vulnerable communities, it's just a giveaway to his corporate friends. This plan doesn't provide good paying jobs that are needed, instead it will cut necessary environmental safety regulations and spur economic policies that push Black people out of their communities.

We've already seen the way Trump treats marginalized communities by taking away their access to affordable health care through weakening the Affordable Care Act, and funneling money from our communities to his rich friends through his tax bill. Don't allow him to continue to roll over neighborhoods with this infrastructure bill. Everyone deserves to live in healthy, safe communities.

Now, more than ever, is time for bold leadership. Sign on and support H.Con.Res.63, the Millions of Jobs bill that will invest in public infrastructure and provide our community with good, 21st century jobs.