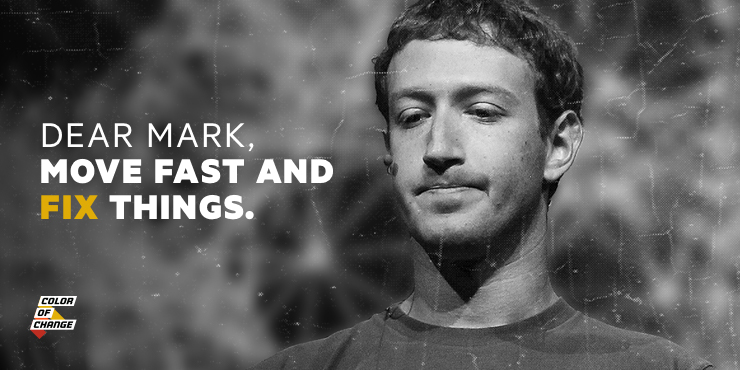 Jon Kyl, an extreme anti-civil rights, anti-LGBTQ and anti-Muslim lobbyist who is heading Facebook’s bogus “conservative bias” review, has been tapped by Donald Trump to shepherd his Supreme Court pick, Brett Kavanaugh, through the confirmation process. Make no mistake - - Jon Kyl will play an integral role in pushing the Senate to confirm Kavanaugh and allow him to undo a century’s worth of hard fought civil, LGBTQ, immigrant, and women’s rights victories.

After Color of Change members and our partners scored a victory with Facebook announcing a civil rights audit, they immediately announced they were hiring far-right former U.S. Senator Jon Kyl and the Heritage Foundation to conduct a separate partisan investigation into baseless claims of bias against conservative social media personalities. Kyl has a long history of opposing civil and LGBTQ rights and the Heritage Foundation has spent years exploiting anti-Black narratives to create discriminatory policy, deny the existence of racial bias, and peddle Islamophobia.

A Cambridge Analytica whistleblower revealed that data from your site was used to suppress Black votes during the 2016 election. They were under directives from their board member, ex-Trump campaign manager Steve Bannon, to “discourage and demobilize” African-Americans from voting in the presidential election. This, coupled with your platforms long history of being a hostile environment for Black users has us alarmed.

After years of pressure, you have finally agreed to conduct a civil rights audit. However, your selection of the Heritage Foundation and ex-Senator Jon Kyl to lead a “conservative bias review" at the same time is completely unacceptable given their histories of peddling Islamophobia and anti-Black stereotypes that influence federal and state policies. Rebekah Mercer sits on the board of both Cambridge Analytica and the Heritage Foundation, given recent revelations, we feel that this “conservative bias review" only serves to severely undermine the work and integrity of the civil rights audit and we’re calling for its immediate disbandment.