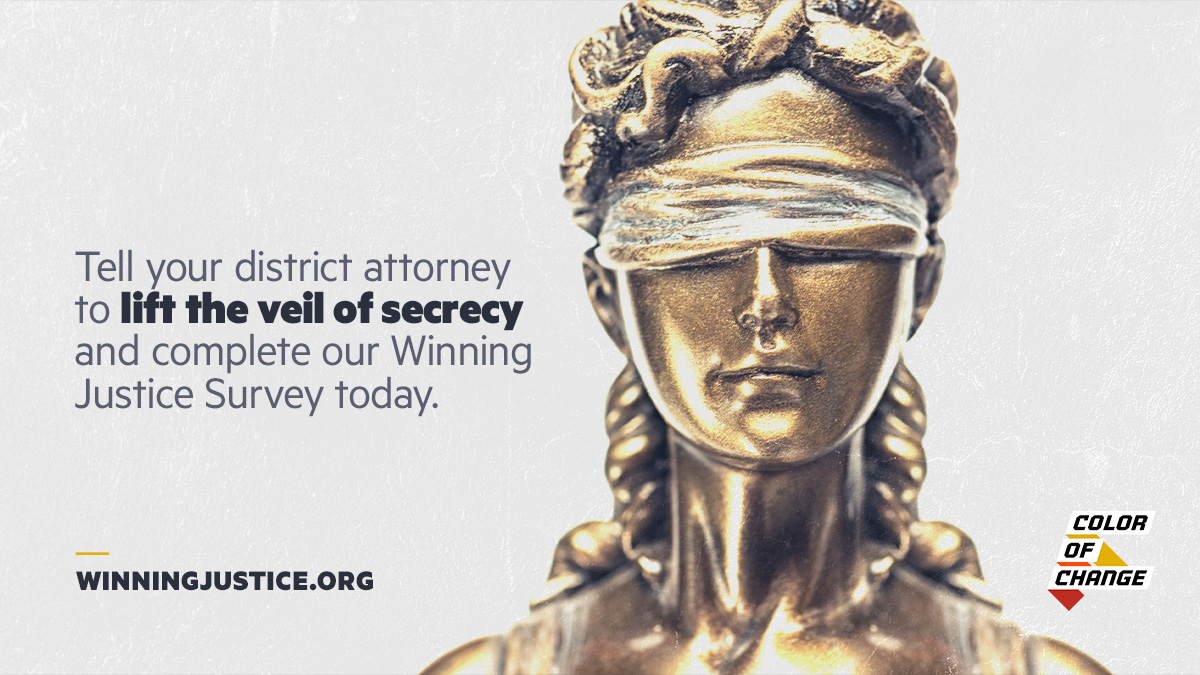 Local prosecutors are among the most powerful actors in the criminal justice system and for too long they've been able to funnel Black people into prisons without any transparency. When it comes to issues that our community is most deeply concerned about-- issues like ending money bail, reducing collateral consequences for immigrant defendants, and protecting young people in the juvenile justice system-- it’s district attorneys who are often making major decisions.

Historically, district attorney elections have gone unnoticed in races that are often uncontested and have created a political landscape where over 80 % of local prosecutors are white men. In recent years though, the tides have been turning as an ever-growing prosecutor accountability movement has drawn more attention to the office and ushered in more women and more candidates of color. Still, prosecutors continue to operate in relative obscurity and their lack of transparency can have devastating consequences on lives across the country.

That’s why Color Of Change is using our new website, Winning Justice, to shine a light on the power of prosecutors. The site, which features the first-ever national prosecutor directory, educates visitors on who their local prosecutor is and where they stand on key issues.  As a part of Winning Justice, we’ve sent out a survey to each prosecutor in the country-- all 2,400 of them-- asking about where they stand on each of our 6 demands: ending money bail, reducing collateral consequences for immigrant defendants, protecting kids within the juvenile justice system, holding police accountable, and being more transparent with the public. The answers to each survey will be featured on Winning Justice, giving visitors the information they need to organize effectively around them.

Below is the letter we’ll be sending to local prosecutors:

We are asking you to lift the veil of secrecy around the actions taken by your office by filling out Color Of Change’s Winning Justice Survey. Completing the survey will be a simple but huge step in the right direction towards building more transparency between your office and the public and fostering a better understanding about whether and how you are using your position to create a more equitable criminal justice system for everyone.

For too long, local prosecutors have operated outside of the public eye while making major decisions that impact the lives of the communities they are supposed to serve. When it comes to issues like protecting youth, holding police accountable, and enacting bail reform, we care and we know that you and local prosecutors make decisions on these issues time and again while in office. As active voters and concerned constituents, we have the right to know where you stand on these issues and understand what decisions you’re making that could shape our lives right now and for years to come.