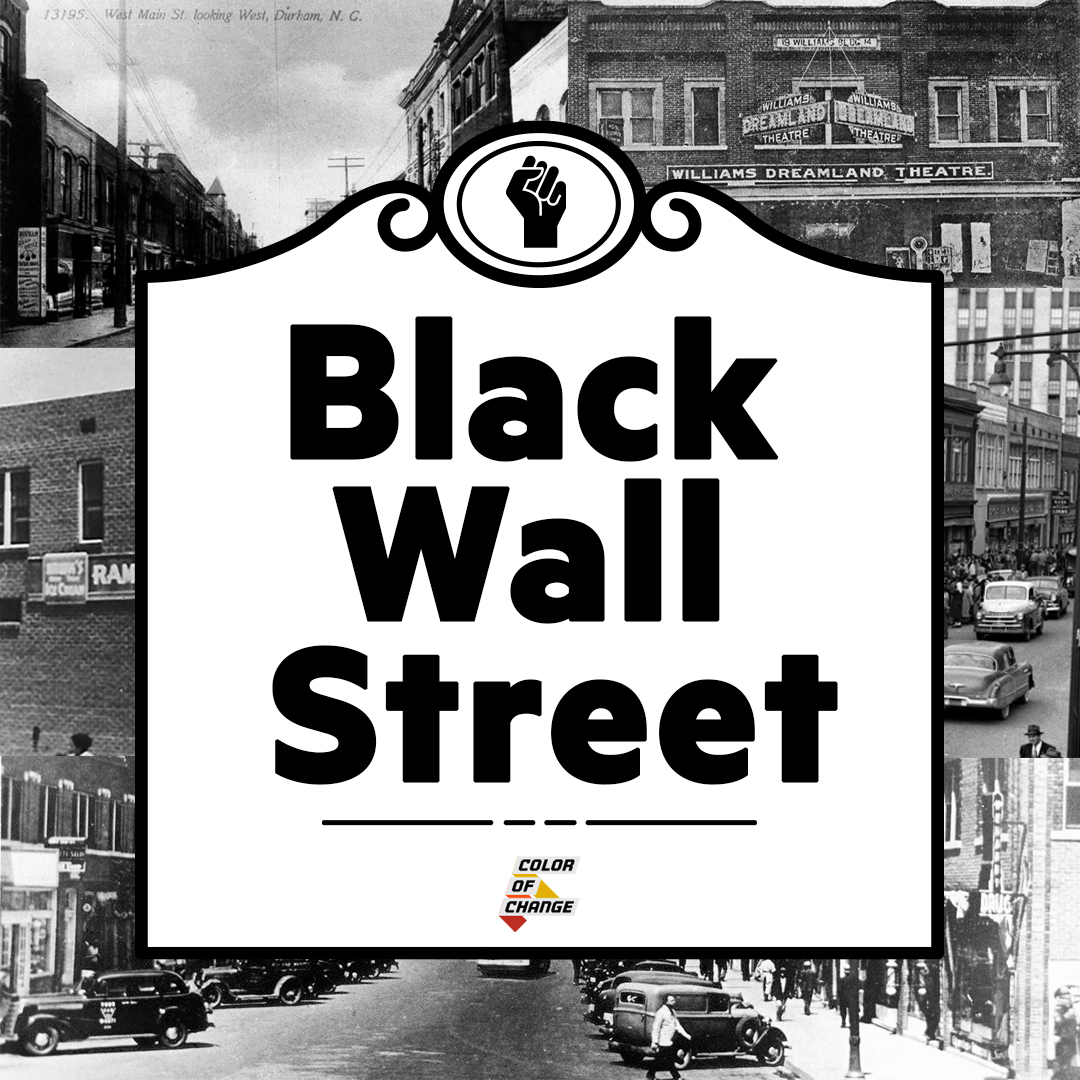 The Black towns that housed thriving Black businesses, banks, services, and homes became known as Black Wall Streets. Since the early part of the 1900s, Black Wall Streets existed throughout the country, most namely areas of the South. With few safe spaces for Black banking and business, Black people created safe havens to meet economic and financial needs.

That’s why as we continue to celebrate Black History, we are lifting up our Black Wall Streets and calling for a combined $300 billion reparative investment to help reinvigorate the spirit of the pinnacles of Black success. As HBO’s series, The Watchmen reminds us, harm was done to the folks of Tulsa, Oklahoma; and like Tulsa’s Greenwood neighborhood, themes of entrepreneurship, ingenuity, and fullness resounded with Blackness. After the 1930s, Black Wall Streets would be eroded by state and local governments, urban renewal efforts, gentrification and neighborhood instabilization. The erosion of Black communities would lead to ever-widening disparities. Those disparities serve as the foundation for a bold reparative economic initiative to spark a resurgence of Black Wall Streets.

These are the Black Wall Streets we're calling on local municipalities to restore:

Join us in demanding reparations for our Black Wall Streets.

A $300 billion reparative investment would be a beginning to restoring this nation’s Black Wall Streets. Since the early part of the 1900s, Black Wall Streets emerged throughout the country, most namely in areas of the South. With few safe spaces for Black banking and business, Black people created safe havens to meet economic and financial needs. Violence along with state and local governments would erode that, not only reminding descendants of slaves that slavery was alive and well, but capitulating a Black wealth gap that has persisted for generations. This has served as the foundation for a municipal reparative investment. The municipal banks receiving the investments would house no-repayment business investment initiatives for Black businesses, zero percent interest loans, and equity funding for neighborhood stabilization efforts. The areas that once housed our Black Wall Streets have been met with gentrification, urban renewal efforts, rent hikes and ultimately, an increasingly unfamiliar landscape. Efforts at the municipal level would undo the disparities we continue to witness.