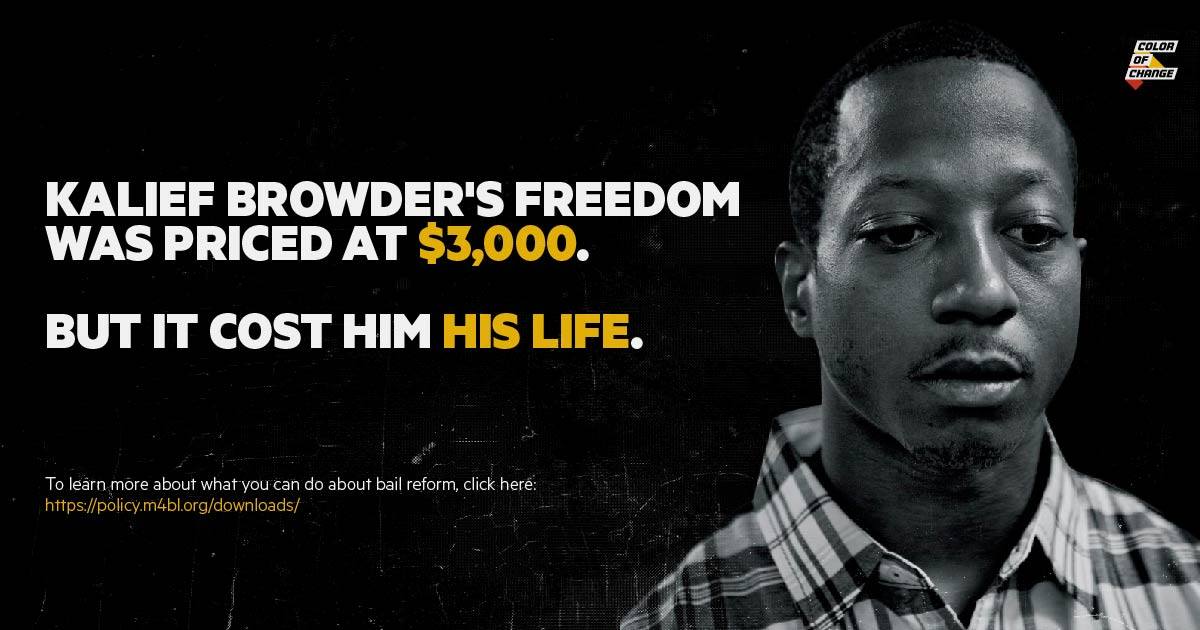 ***UPDATE 7/25/2018: Senator Bernie Sanders has introduced a companion bill in the Senate to completely dismantle the money bail system. Our movement is building and now is the time to contact lawmakers to urge action! If we can get more elected representatives in the House and Senate to co-sponsor the No Money Bail Act, we can end money bail for the entire country.

Recently, the Trump Administration paid off the private prison industry, which is also a large donor of his, by reversing an Obama Administration criminal justice reform policy. And now, the prison profiteer bail industry is working in states around the country to also block bail reform that will lower mass incarceration rates and help keep families together.

The Department of Justice has already announced that our nation's current money bail system is unconstitutional. And activist across the country are organizing to fight against bail bond profiteers that are preying on low-income Black people who are disproportionately impacted by every aspect of the criminal justice system. The bail industry is making billions from our nation's slave-like bail practice that is forcing people to buy their freedom. And as the industry gets wealthier, it is financially crippling the Black families they exploit.

But the good news is that bail reform is moving quickly across the nation. States like New Jersey and New Mexico recently passed reform policies and the first national bail reform legislation, No More Money Bail Act was introduced by Congressman Ted Lieu. With such a strong backing at such a crucial time, it’s obvious bail reform is obtainable. But we must act now to solidify its success!

I am writing to urge you to put people over profit and support bail reform that will lower mass incarceration rates and help keep Black families together.

The Department of Justice has labeled our nation's current money bail system as unconstitutional. Representative Ted Lieu and Senator Bernie Sanders have introduced the No More Money Bail Act in the House and Senate to end the slave-like bail practice of forcing people to buy their freedom. Please act on behalf of people not profiteers and support this bill by becoming a co-sponsor.