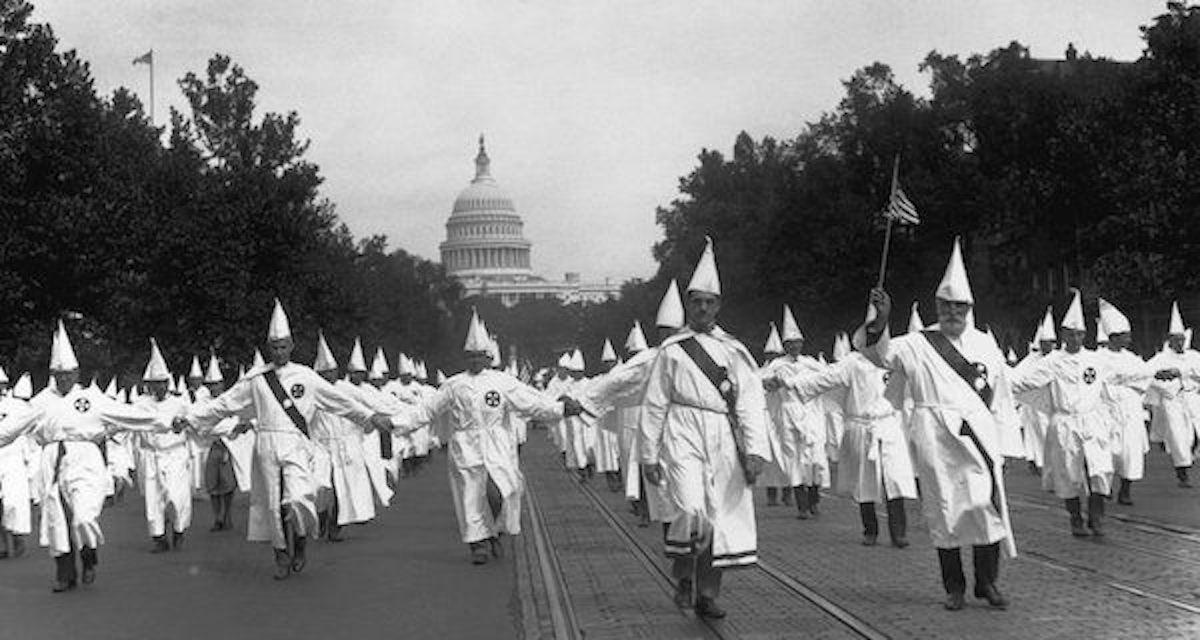 The Democrat-Reporter, a newspaper in Linden, Alabama, recently published an editorial calling for the Ku Klux Klan “to night ride again” against lawmakers in Washington, D.C. who are “plotting to raise taxes in Alabama”. When confronted about this editorial, Goodloe Sutton, the paper’s publisher, admitted that he wrote it, doubled down on his idea to lynch federal lawmakers, and compared the KKK to the NAACP.

The Alabama Press Association, the trade association for newspapers in the state which The Democrat-Reporter is a member, has said that while they don’t agree with the editorial, they’re also “not a policing agency” and can’t control what their members publish. This is totally unacceptable and the Alabama Press Association must take immediate action by revoking the membership of The Democrat-Reporter.

More than 340 Black people were lynched in Alabama between 1877 and 1943 - a period of 66 years. To invoke the memory of such a horrific act in such a cavalier manner and to compare the KKK to the NAACP is more than insulting, it’s down right dangerous. At a time when white nationalism is on the rise and white supremacists are marching in the streets of cities like Charlottesville and Portland, OR, to have a newspaper openly long for the days of the original white supremacist terrorist organization in the U.S. is inexcusable.

This isn’t the first time Sutton and The Democrat-Reporter have been explicitly racist. In 2015 he ran a headline that said: “Selma black thugs murder Demopolite Saturday night.” This pattern of racist behavior can no longer be ignored. The Alabama Press Association can’t use “freedom of the press” as a shield to hide behind when we know that this kind of historical ignorance coupled with unabashed racism only leads to more physical violence towards Black people.

We call on you to immediately revoke the membership of The Democrat-Reporter for repeated racism, invoking acts of racial terrorism, and encouraging violence upon members of Congress.

Goodloe Sutton openly longs for a return of the days when one of the largest terrorist organizations in this country’s history wreaked havoc in Alabama and murdered 340 Black people (that we know of). To publish and defend an article longing for a return to the days of this kind of racial terrorism is abhorrent and goes against every kind of journalistic ethic. By being a member of the Alabama Press Association, you provide Mr. Sutton and his newspaper with credibility and access to professional resources he’s made clear he shouldn’t have.

It’s time for you to not only revoke the membership of The Democrat-Reporter, but to adopt policies that reject journalists and media endorsing white supremacy.