Here's the letter we'll send your Representative and Democratic leadership about the MORE Act, H.R. 3884: 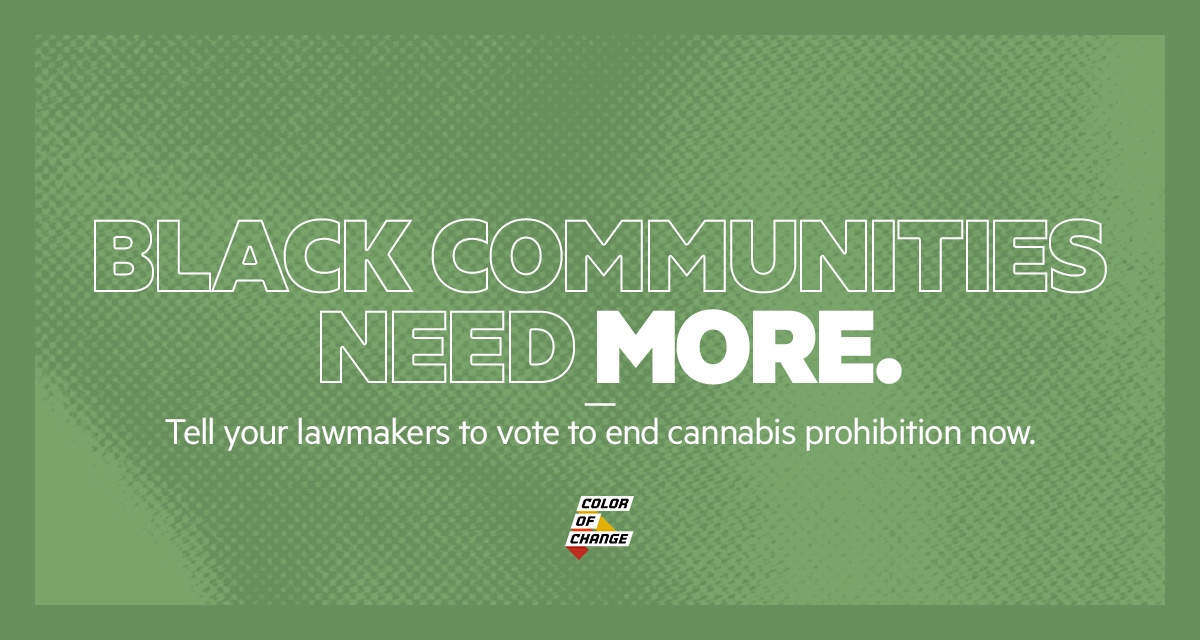 The U.S. House plans to vote on the Marijuana Opportunity Reinvestment & Expungement (MORE) Act the week of September 21st! It’s the first-ever comprehensive marijuana legalization bill to ever be considered for a full House floor vote.

The failed "War on Drugs" has targeted Black, Brown, and poor people and continues to tear our communities apart. The MORE Act would deschedule marijuana and end federal prohibition in a fair way by reinvesting tax revenue back into communities most affected by failed marijuana laws. It would support equitable licensing, allow for expungement of marijuana arrests and convictions, prevent deportation for marijuana offenses, and so much more.

Tell your House Representative to vote for the MORE Act to end the federal war on marijuana and repair the harms of prohibition.

Marijuana arrests also clog the criminal legal system. And as COVID-19 ravages jails and prisons, ending marijuana prohibition is more critical than ever in our fight for racial justice.

By supporting the MORE Act, we can help end mass incarceration, end the criminalization of Black and Brown people, and support communities of color ravaged by the "War on Drugs."