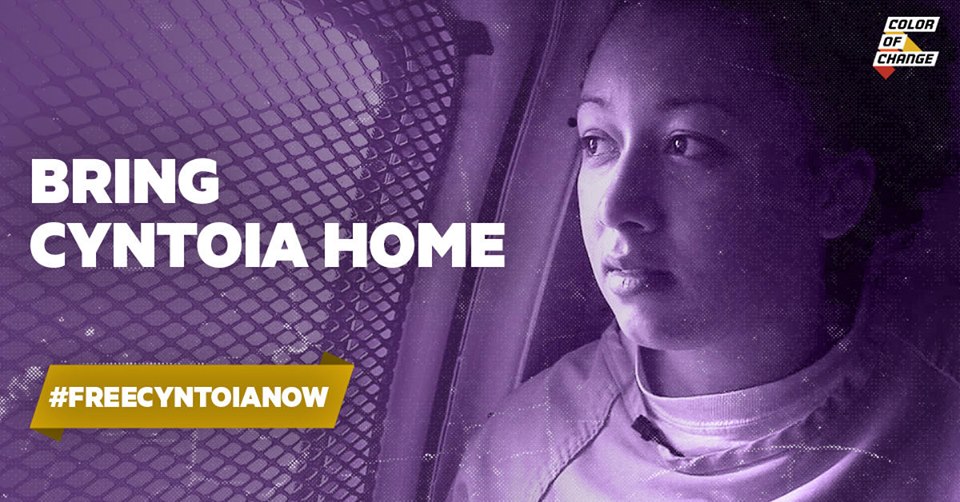 UPDATE: The Tennessee Supreme Court failed Cyntoia. The decision to grant clemency to Cyntoia Brown remains in the hands of the current Governor, Bill Haslam. WE CANNOT let him leave office without doing the right thing - releasing Cyntoia from prison. CALL NOW!

Juvenile life sentences are a cruel and unusual form of punishment. Cyntoia Brown was only 16 years old when she was sentenced to life in prison for killing a man who kidnapped her. She is a victim of sex trafficking and years of abuse. She has been locked away in prison since 2004 and has been fighting for her freedom ever since. In May a six-member Tennessee Parole Board was split on their decision to grant her clemency -- and she was once again denied freedom.

Now the decision rests in the hands of Tennessee governor Bill Haslam. Cyntoia, along with communities and loved ones are anxiously awaiting his decision. Governor Haslam must do the right thing and finally pardon and free Cyntoia Brown. By granting her release from prison, it will be an important recognition of Cyntoia's dignity and humanity. Furthermore, it will be a first step in ending juvenile life sentences.